Lab testing for drugs—how accurate are at home drug tests? 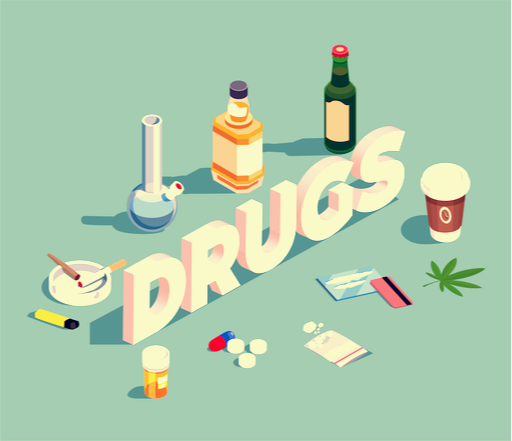 Lab testing for drugs is used for pre-employment, workspace drug-testing maintenance programs, sports organizations, college and professional athletes, legal or forensic purposes, and for public health organizations to monitor certain epidemics like the opioid crisis. This blog covers lab testing for drugs and answers the questions: How accurate are at home drug tests? and Where to buy at home drug tests?

Most common drug test methods
Lab testing for drugs can be analyzed by multiple methods in many bodily specimens. Urine drug tests are the most common type of drug tests. Normally an initial screen is performed and if the screen indicates the presence of a drug, a confirmation test will be conducted. Hair drug tests use hair that was cut close to the scalp and have a long detection span of up to 3 months before the testing date. Blood tests for drugs may be appropriate when it is suspected that a person is under the influence of drugs or alcohol or in an acute clinical condition due to drugs. Since drugs are rapidly metabolized and eliminated from the body, blood analysis offers a very brief detection window. Drugs in the blood are typically detectable within minutes to hours versus one to several days in urine. Saliva drug tests are also used as it is an easier method of sample collection – however, a comparison study in a workplace found that testing urine has a higher likelihood for detection than saliva1. Finally, a breath test is a common way for law enforcement to detect alcohol and can also be used by employers when an employer suspects an employee may be impaired by alcohol on the job.

Lab testing for drugs in urine can be done using lab analyzers (normally Chromatography/Mass Spectrometry) by collecting urine samples and sending them to labs for analysis that read directly from your urine sample and by dipping sticks (dipsticks) into your urine sample. A dipstick is a thin, plastic stick with strips of chemicals on it — when it is placed in urine, the chemical strips change color if certain substances are present or if their levels are above typical levels. The strips read up can be done by either a visual exam by you or a lab technician or by using an automated strip reader to reduce subjective readings.

What drugs can at-home urine tests find?
A study comparing urine and saliva samples for workspace drug testing found that urine has a much higher likelihood of detecting illegal substances2. A urine test can identify many legal and illicit drugs people sometimes abuse. Lab testing for drugs is organized by their purpose. For example, a pre-employment drug screening would normally contain a 5-drugs panel, while a sports drug panel can contain even 45 different anabolic agents (synthetic versions of testosterone) and their metabolites. A 10-panel drug test is not the most common drug test. For example, most employers who require lab testing for drugs will use a 5-panel drug test plus an alcohol test. However, in some professions involving personal and public safety, healthcare works may require a 10-panel drug test.

How accurate are at home drug tests?
While lab testing for drugs may help screen for drug use, it has limitations. The main limitation is its detection times. Detection times refer to the amount of time it takes for the body to get rid of the byproducts of the drugs, e.g., how long drugs stay in urine. The detection times depend on the type of drug, how much the person took, and how fast their metabolism works. It is important to emphasize that lab testing for drugs will not tell if a person is currently on drugs. These tests measure byproducts of the drug's breakdown in the body, so they cannot detect how much of the drug is currently circulating in the body. To answer how accurate are at-home drug tests, it is important to know the estimated detection time for the various drugs in urine tests. The following table summarizes the detections times for drugs in a 10-drug panel:

New drug testing laws
Different federal and state laws can make it difficult to understand, follow and apply the most up-to-date drug testing laws. The Biden administration supports marijuana decriminalization and efforts to legalize cannabis consumption will likely lead more states to loosen marijuana restrictions. As of today, 37 states have approved medical marijuana use, 18 of which have also legalized its recreational use. In 2021, employers had to review their policies to ensure that they were complying with evolving laws, particularly those covering medical marijuana use. It is recommended to check the legal status of medicinal and recreational use marijuana in your state is. Few states like California and Colorado are pursuing psychedelic reforms and are in various campaigning, legislation, and vote stages.

Where to buy at-home drug tests?
At-home lab testing for drugs is widely available online. Ordering a test through the lab itself is the most direct way. In some kits, you can order online without a doctor and go to a local lab station to leave your urine sample, while in other kits, you can pee (or collect your hair or saliva) at home and send it to the lab for analysis. Rapid drug tests using dipsticks and strip read-up are also available online from various providers.

Conclusion
Many employers, sports groups, and public health organizations are requiring their employees, athletes, and healthcare providers lab testing for drugs. Also, legal or forensic are using it during their processes and investigations. The best way to be prepared is to do at-home drug test work by yourself prior to the official testing. Check the requirements, the laws in your state and go to your drug test with confidence.

Are you ready for your drug screen?