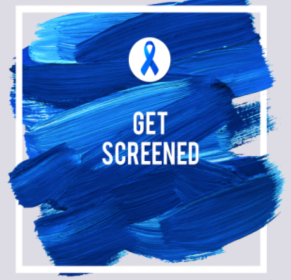 According to The U.S. Preventive Services Task Force (USPSTF), which is an independent, volunteer panel of national experts in disease prevention and evidence-based medicine, Colorectal cancer, or CRC (refers to both rectal cancer and colon cancer) is the third leading cause of cancer death for both men and women, with an estimated 52,980 persons in the US projected to die of colorectal cancer in 2021. It is most frequently diagnosed among persons aged 65 to 74 years. It is estimated that 10.5% of new colorectal cancer cases occur in persons younger than 50 years and the new Incidence of colorectal cancer (specifically, adenocarcinoma) in adults aged 40 to 49 years has increased by almost 15% from 2000-2002 to 2014-20161. colon cancer screening USPSTF recommendation is a colonoscopy every 10 years for people with average risk (e.g. no family history, previous polyps, or IBD).

2)    Direct Visualization Tests that include:

FOBT / Occult Blood Stool Test / FIT
Historically, FOBT was the stool test of choice for screening colorectal cancer. It uses an indirect enzymatic reaction to detect hemolyzed blood in the stool. When a stool sample containing hemoglobin (a protein that carries oxygen in the blood and normally is not present in stool) is added to guaiac paper (a special card coated with a chemical substance called guaiac) and a drop of hydrogen peroxide is added, the peroxidase activity of hemoglobin turns the guaiac chemical to blue. Since this blood is not seen in the stool, this test is called the ‘hidden blood” test. This test is considered less sensitive (identify fewer cases of hidden blood). Dietary and medication restrictions before and during the testing period are critical, as red meat contains hemoglobin, and certain vegetables (e.g., radishes, turnips, cauliflower, cucumbers) contain peroxidase. Having these substances from your diet can cause a false-positive result. On the other hand, Vitamin C inhibits heme peroxidase activity and leads to false-negative results. Also, aspirin and high-dose nonsteroidal anti-inflammatory drugs can promote bleeding throughout the intestinal tract. Finally, three stool samples are required. That is the reason FIT should replace FOBT.

FIT (or iFOBT, “i” stands for immunochemical) should replace FOBT as the preferred stool screening method as instead of an enzymatic reaction that can be altered by food or medication. FIT utilizes an antibody specific to human globin to directly detect hemolyzed blood, thus eliminating the need to modify diet or medications. Additionally, the FIT test requires only one stool sample which makes it more convenient.

The American College of Gastroenterology guidelines recommends doing FIT or, as an alternative, if not available, an HSgFOBT every year to detect colorectal cancer. The sensitivity of FIT for advanced adenomas (large polyps of which 85% are progress to colon cancer) is low and ranges between 16-26% depending on the manufacturer2, which means it misses about 75-85% of people with advanced adenoma (FOBT sensitivity is even lower). On the other hand, FIT detects ~72% of the cases that have already progressed to colon cancer. Early detection is critical for early treatment and survival. That is why FIT is considered a detection test and not a prevention test. Several at-home stool collection FIT tests are available to be purchased online without a doctor or insurance, with a price range between $49 to $89. Also, rapid FOBT tests and rapid iFOBT/FIT kits that provide immediate results with a few drops of stools are available at a price range of $25-27.

If your FOBT or FIT tests are positive, it is highly recommended to have a follow-up confirmation with colonoscopy.

FIT-DNA
A stool DNA test or sDNA-FIT test combines the FIT test with multiple genetic biomarkers in your stool. The commercial name of this test is Cologuard, and it was approved by the FDA in 2014 and was added to USPSTF screening recommendations in 2016. This test is more sensitive and specific (about 20% more accurate) than FIT to detect people that already have CRC. The USPSTF recommendation is for a FIT-DNA test every three years as an alternative to FIT annually.

Cologuard includes a patented DNA test unique to the market. However, Cologuard often results in false positives for abnormal DNA markers that aren’t explained by subsequent colonoscopy findings. False positives that aren’t explained by colonoscopy findings may cause you unnecessary ongoing surveillance or anxiety. So, if you’d adhere to doing FIT every year and colonoscopy every 10 years, it can be great, but if you are not the type of person to do FIT annually, a FIT-DNA test can be an excellent alternative every 3 years. Cologuard requires a physician’s prescription and most health insurance companies cover its $500-600 costs with only a $100-$200 co-payment.

Direct Visualization Tests
Several imaging techniques are available to check what is going on in your colon and screen for CRC. Colonoscopy is the best procedure to check for colorectal polyps and cancer. Colonoscopy is an outpatient procedure in which a physician uses a long, flexible scope to view the rectum and entire colon. During the procedure, polyps can be removed and sent to a pathology lab to check for signs of cancer. Your bowel must be cleaned out a day before the procedure begins. You would get a sedative for this procedure and will need help getting home after the procedure.

An alternative to colonoscopy is flexible sigmoidoscopy which uses a device called a sigmoidoscope to see inside the rectum and lower colon. Unlike the tool used during a colonoscopy, this device is not as long, limiting how much of the colon can be seen. During this procedure, the sigmoidoscope is inserted into the anus and up through the rectum and sigmoid colon (s-shaped part). Gas is pumped in during the procedure to allow the caregiver the best possible view. This is a brief outpatient procedure, often performed without sedation. The bowel must be empty for this procedure as well. Small polyps found during the procedure can be removed and tested for cancer. If these tests come back positive, a colonoscopy will be done.

Other non-invasive imaging procedures include Double contrast barium enema, which is an X-ray examination of the colon and rectum in which barium is given as an enema (through the rectum), and CT colonography, which is also called virtual colonoscopy. In a CT colonoscopy, you will need to drink a contrast dye and it will inflate contrast and air into the rectum. No sedation is needed for this test. Like in flexible sigmoidoscopy in both barium enema and CT colonography, you’d need to empty your bowel and if polyps are seen, a colonoscopy will be done.

Blood Tests for Colorectal Cancer Screening
Several blood tests for Colorectal Cancer screening are available. These tests are not yet part of the USPSTF guidelines (either because it is a new technology or the alternatives are better) but have several advantages. Unfortunately, current compliance with stool-based tests like FIT and FIT-DNA, and Direct Visualization Tests is only 50-60%, contributing to the fact that more than 50% of the people are getting diagnosed after their disease has already spread. There are several barriers to stool-based tests and colonoscopy. Some people have discomfort with handling their stool, and stool collection can be more time-dependent, while colonoscopy involves potential fear from the invasive procedure and discomfort with the bowel cleaning preparation or lack of someone to drive them back from the outpatient facility following the sedation/anesthesia.

Methylated Septin 9, also known as ColoVantage® and Epi proColon®, is a blood test that looks at your genetic material. Specifically, it detects circulating methylated SEPT9 DNA. ColoVantage® is offered online without a prescribing physician at a cost of $540.  Epi proColon® has been FDA-approved for CRC screening for those who refuse other screening modalities and is offered by LabCorp but requires a prescription and cannot be ordered online. The interval for repeating testing of Methylated Septin 9 is unknown.

Shield™ is a new blood-based test in a late stage of development by Guardant Health and is based on cell-free DNA (cfDNA) analysis. It will require a physician’s prescription.

When should I start screening for colorectal cancer?
The American Cancer Society recommends that people at age 45 years or older start their screening for CRC if they are with:

The latest to start your screening is at age 50.

If you have any of the above risks, you should start your screening even before age of 45.

Assessment of Risk
Age is one of the most important risk factors for colorectal cancer, with incidence rates increasing with age and nearly 94% of new cases of colorectal cancer occurring in adults 45 years or older. The age at which any of your relatives was diagnosed with CRC is also important. The risk to you is more significant when that relative was diagnosed before age 45. About 75% of people who do get colorectal cancer do not get it because of genetics. About 10% to 30% do have a family history of the disease.

Rates of colorectal cancer incidence are higher in Black adults and American Indian and Alaskan Native adults. Also, people with other risk factors such as obesity, diabetes, long-term smoking, and unhealthy alcohol use have a higher risk.

Conclusion
Cancer that begins in the colon is called colon cancer, while cancer in the rectum is known as rectal cancer. Cancers that affect either of these organs may be called colorectal cancer or CRC. Colorectal cancer is described clinically by the stages at which it is discovered. The various stages of colorectal cancer are determined by the depth of invasion through the wall of the intestine, the involvement of the lymph nodes (the drainage nodules), and then spread to other organs (metastases). In stage 0, the disease remains within the lining of the colon or rectum. Lesions are in a pre-cancerous stage and are still not cancers. Therefore, removal of the lesion, either by polypectomy via colonoscopy or by surgery if the lesion is too large, can be all that is required for treatment. Therefore, screening for CRC is the key. The longer you wait and the higher the stage at the time of detection, the survival rate dramatically decreases.

Starting your annual at-home FIT test at age of 45 if you do not have a family history, symptoms other risk factors is the smart way to prevent it. You can do a parallel colonoscopy every 10 years from age of 50.

Do you prefer multiple negative screening results or a too-late positive detection test?

Online Lab Tests | The Best Way to Get It Done

How do you get tested for STDs? Part II: Sexually Transmitted Viral Infections