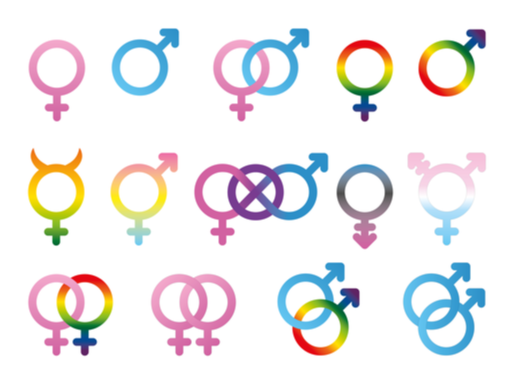 More than 1 million sexually transmitted infections (STIs) are acquired every day. In 2020, the World Health Organization (WHO) estimated 367 million new infections with one of three STIs: chlamydia (129 million), gonorrhoea (82 million), and trichomoniasis (156 million). Most Sexually transmitted diseases (STDs) are acquired by sexual contact. The bacteria, viruses, or parasites that cause STDs normally pass from person to person in bodily fluids, including blood, semen, or vaginal fluids.

A nonsexual transmission can be through blood transfusions or shared needles. In addition, STDs can be acquired by infants from their mothers during pregnancy. People with STD/STI do not always have symptoms, so you may catch it from your partners who do not know they have it and seem perfectly healthy. It is always better to be tested. So, how do you get tested for STD? There are several dozen of STDs—this post will focus on STI screening for Chlamydia, Gonorrhoea & Trichomoniasis.

Chlamydia and Gonorrhea are caused by bacterial infection, while Trichomoniasis is caused by a parasitic infection. All three happen when an individual has unprotected sex with an infected partner. Early detection is key to preventing possible complications of these infections. Also, for people who are sexually active with more than one partner, it is the responsible thing to do to prevent further infections. So, how do you get tested for STD:

How do you test for Chlamydia?
Chlamydia is caused by the bacteria, Chlamydia trachomatis. Many people with chlamydia have no symptoms. When present, symptoms may include discharge or painful urination. Chlamydia is easily treated with antibiotics. According to the Centers for Disease Control and Prevention (CDC) National Overview - Sexually Transmitted Disease Surveillance, published in 2019, over 1.8 million cases of Chlamydia trachomatis infection were reported, making it the most common notifiable condition in the U.S. for that year and an increase of 2.8% compared with 20181.

If not diagnosed and treated, it can cause permanent damage to the woman's reproductive system, which will make it difficult or impossible to get pregnant later. Chlamydia can also cause a potentially fatal ectopic pregnancy (pregnancy that occurs outside the womb). Because most people with chlamydia don’t experience symptoms, its diagnosis relies on screening tests to detect the majority of infections. Screening tests attempt to diagnose health conditions before a person has symptoms.
There are several types of tests that can be used to detect chlamydia, including molecular testing, also called Nucleic Acid Amplification Test (NAAT), and cell culture. A chlamydia NAAT detects the genetic material (DNA or RNA) of the bacterium Chlamydia trachomatis. It can be performed using a urine sample or swab of fluid taken from a site of potential infection such as the urethra, vagina, rectum, or eye. For your urine test, it's best not to urinate for two hours before your sample collection; urinating within this period could affect the accuracy of your results.

Chlamydia cell cultures may be used in children with suspected chlamydia infection when evaluating potential infections in the anus or rectum. Initial treatment for chlamydia may be unsuccessful due to antibiotics resistance. In these cases of treatment failure, cell culture can help understand which treatments may be most effective for an individual’s infection.
STD CDC guidelines recommend that every woman and any individual with a vagina, sexually active, under the age of 25 be tested annually. Sexually active women at age 25 and older should be screened regularly only if they are at an increased risk of contracting chlamydia by having multiple partners or prior Chlamydia infections. Similarly, pregnant women aged 25 and younger should be tested, while pregnant women aged 25 and older should consider Chlamydia testing if they are at risk for this infection. For pregnant women diagnosed with chlamydia, follow-up testing is advised four weeks after completing treatment and then again within three months.

For men, and any person with a penis, sexually active, who are having sex with other people with a penis, it is highly recommended to be tested at least annually.

People with HIV should be screened for Chlamydia during their HIV infection evaluation. Then, if sexually active, at least annually.

At home, Chlamydia tests are widely available. These tests kits are for self-collection samples, either by a swab or sample of your urine.

How is Gonorrhea tested for?
Gonorrhea is caused by the bacteria Neisseria gonorrhoeae. Women usually do not have symptoms, but many men exhibit symptoms of gonorrheal infection, including pain or burning during urination and a yellowish discharge. Gonorrhea can be treated with antibiotics, but if left untreated, it can cause severe complications, including infertility in women, infertility in men, infections that spread to the joints and other areas of your body, increasing the risk of HIV infections, as well as complications in babies of infected mothers.

The CDC Sexually Transmitted Disease Surveillance from 2019 reported over 600,000 cases of Neisseria gonorrhoeae infection were reported, making it the 2nd most common notifiable condition in the U.S. for that year and an increase of 5.7% compared with 20181. Risks for any STD/STI and also for Gonorrhea are: a new sexual partner in the past 60 days, multiple sex partners, prior STD infections, or a sex partner recently treated for an STD, inconsistent condom use, having sex conduct with sex workers.

There are several types of gonorrhoea tests:
Gram stain looks for certain types of cells that are characteristic of a gonorrhea infection under a microscope. This test is performed on urethral swabs and is used primarily in men who are experiencing urinary symptoms.

Gonococcal cultures attempt to grow the gonorrhea bacteria from swabs taken from suspected infected body sites. Cultures are the only tests that detect the infection’s susceptibility to antibiotics. Similar to Chlamydia for treatment failure due to antibiotic resistance, cell culture can help understand which antibiotic may be most effective for an individual’s infection.

Nucleic Acid Amplification Test (NAAT) detects the DNA of the gonorrhea bacteria and is considered the optimal test for gonorrhea infection. This type of test can be performed on a urine sample or a swab.

Because many people do not have symptoms, the screening for Gonorrhea recommendation is the same as for Chlamydia testing.

How to get tested for Trichomoniasis?
Trichomoniasis, also known as "trich," is caused by a protozoan parasite, Trichomonas vaginalis. This parasite lives in semen or vaginal fluids. It spreads during unprotected anal, oral, or vaginal sex, usually between a man and a woman or between two women. Keep in mind that a man doesn't have to ejaculate to give his partner the parasite. Trichomoniasis is estimated to be the most prevalent nonviral STI worldwide, affecting approximately 3.7 million persons in the United States. Most people infected with trichomonas cannot tell they are affected. Women may notice itching, burning, redness or soreness of the genitals, discomfort with urination, or discharge. It is also the cause of a heavy fishy vaginal odor. In some women, symptoms may not appear for up to 28 days after infection, while in others, symptoms arise almost immediately. Similarly, men may feel itching or irritation inside the penis, burning after urination or ejaculation, or some discharge. Trichomonas can be treated with antibiotics. When left untreated, trich infection can spread to the prostate and can also potentially contribute to male infertility.

Trichomonas can be treated with anti-microbial agents. A recurrent Trichomoniasis infection can result from treatment failure due to antimicrobial-resistant Trish (e.g., the trich parasite is not affected by the treatment), lack of adherence (not using the treatment for the entire recommended period), or reinfection from an untreated sex partner.

Trichomoniasis can be diagnosed by four main test types:

Both the microscopy and NAAT tests can be ordered online without a doctor. Urine and/or vaginal or urethral swabs will be collected at home and shipped to a lab for analysis. At this time, in the U.S., Trichomoniasis rapid Ab can be done at a clinic and the culture test is normally ordered by a physician.

Point of Care PCR test for Chlamydia, Gonorrhoea & Trichomoniasis
There is no direct-to-consumer rapid testing that can be ordered without a doctor, but in March 2021, the FDA allows Binx Health IO CT/NG Assay for the first PCR Point-of-Care (PoC) Chlamydia and Gonorrhea test to be used in physician offices, community-based clinics, urgent care settings, outpatient health care facilities, and other patient care settings. The Binx io Chlamydia test is performed while the patient is present, providing an actionable result in approximately 30 minutes. Visby Medical received its FDA clearance in August 2021 for a PoC PCR for Chlamydia, Gonorrhea, and Trichomonas, with results within 30 minutes. This test is also allowed only in a medical setting.

How much do STD tests cost?
So, home much do STD tests cost? For a self-ordered STD test without insurance or a doctor, the lowest single microbe test costs $49. For a complete panel that includes 14 microbes, the price can reach up to $379. Comparing lab test prices using Fantestico is the smart thing to do as a single Trichomoniasis test price ranges from $49 to $109.

Conclusion
Chlamydia and gonorrhea are caused by bacterial infection, while Trichomoniasis is caused by a parasitic infection. These three STDs happen during unprotected sex with an infected partner. People at risk of getting infected need to get tested regularly. While testing at a clinic is an excellent option and recent rapid point of care PCR testing enables you to get results within 30 minutes while you are in the clinic, many people prefer to test themselves at home, keeping their privacy. The recent year’s trend of direct-to-consumer lab testing that can be ordered online without the involvement of healthcare professionals or insurance, along with cheap lab tests that are offered by many online lab test providers, makes it a viable option.

Do you know to keep a secret?