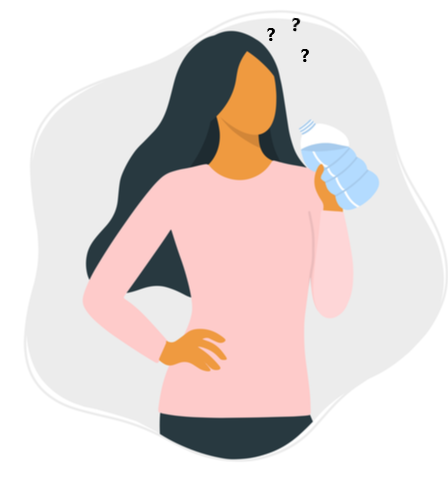 In previous posts, we covered the main bacterial and viral sexually transmitted infections (STI). This post discussed other STI as Syphilis, Bacterial Vaginosis, and vaginal yeast infection also called vaginal candidiasis.  Lab tests for these STIs can be purchased online without a doctor, and several at-home collection kits are available.

When to test for syphilis
Syphilis, Bacterial Vaginosis, vaginal yeast infections are mainly affecting women. Syphilis infections are both in men and women but it is critical for pregnant women. Syphilis is a sexually transmitted bacterial infection spread by sexual contact. After the initial infection, the syphilis bacteria, Treponema pallidum can remain inactive in the body for decades before becoming active again. The disease starts as a painless sore on the genitals, rectum or mouth. Early syphilis can be cured with a single shot of penicillin antibiotics. If not treated, syphilis can severely damage the heart, brain, or other organs and be life-threatening. “Syphilis test when” is a common search phrase. According to the Centers for Disease Control (CDC) syphilis algorithm, the average incubation time of syphilis is 21 days, and symptoms can appear anytime between 10 and 90 days. The syphilis detection window period is 3-6 weeks.

A Syphilis test is usually a blood test. Several lab providers offer it online for at-home finger prick collection and analysis at their lab. Basic Syphilis screening is based on an antibody test. The cost for a Syphilis home testing STD kit ranges from $29 for an in-person visit to $49 to $89 for at-home kits. Since untreated syphilis can affect your brain, spinal cord, and nerves, if your symptoms show that syphilis may be affecting your brain and nervous system, your doctor may order a syphilis test of your cerebrospinal fluid (CSF). A CSF syphilis test is not available to be purchased online without a doctor.

Screening tests for syphilis include Rapid plasma reagin (RPR), which is a blood test. Although it is called rapid, this is NOT a rapid test done at home but a test that is done by labs. The other syphilis tests are Venereal Disease Research Laboratory (VDRL), which can be done on blood or spinal fluid. If the result of your screening test shows you have antibodies linked to syphilis infections, you'll need a second test to confirm whether or not you have syphilis.  A fluorescent treponemal antibody absorption (FTA-ABS) test may also be used.

The CDC recommends that all pregnant women have a syphilis test at their first prenatal visit. Pregnant women who are more likely to become infected with syphilis should be tested again at 28 weeks of pregnancy and at delivery.

Bacterial Vaginosis tests
Vaginal Bacterial Vaginosis or BV affects women and is associated with having multiple male sex partners, female partners, new sex partners or sexual relationships with more than one person. BV is a vaginal dysbiosis, e.g., an overgrowth of bacteria naturally found in the vagina, which upsets the natural balance resulting from the replacement of normal hydrogen peroxide and lactic-acid–producing Lactobacillus species in the vagina with high concentrations of anaerobic bacteria, including G. vaginalis, Prevotella species, Mobiluncus species, A. vaginae, and other BV-associated bacteria.

Certain women experience more short transient vaginal microbial changes, whereas other women have them for longer periods. Women in their reproductive years are most likely to get bacterial vaginosis, but it can affect women of any age. The cause isn't completely understood, but certain activities, such as unprotected sex or frequent douching, increase your risk.

You will need to test yourself if you have one of the following symptoms:

Most BV infections are mild and sometimes go away on their own. Some women get BV and recover without even knowing they were infected. But BV infections can be more serious and may not clear up without treatment. Untreated BV may increase your risk of getting a sexually transmitted disease (STD), such as chlamydia, gonorrhea, or HIV.

So, if you’re concerned about unusual changes in the color, odor, or texture down under, several lab providers offer online Bacterial Vaginosis BV tests. An at-home BV test price range is between $119 to $139.

Yeast infection symptoms can range from mild to moderate and include:

At-home vaginal yeast infection tests can help you to find the cause of your vaginal discomfort. Most common direct access yeast infection rapid tests measure only vaginal pH and provide results in five minutes or less. These rapid tests are cheap and cost only $12. Vaginal microbiome tests provide information about your vaginal health—in addition to the presence of BV as Pelvic inflammatory disease (PID) (an infection of the female reproductive organs) is most often occurs when sexually transmitted bacteria spread from your vagina to your uterus, fallopian tubes or ovaries.. At-home yeast infection tests assess the presence of yeast and the balance of other microbes in the vagina. Usually, these tests are part of a package that also includes Bacterial Vaginosis tests. The cost for an at-home vaginal package is between $189 to $239.

Conclusion
In addition to the Chlamydia, Gonorrhea, and Trichomoniasis, and the viral 4 STI (Herpes, HIV, Hepatitis, and HPV), Syphilis is a common Sexually Transmitted Infection that can cause STD and complications both in men and women and require attention and testing. It is recommended that pregnant women be tested for Syphilis. If you pass it to your baby, it could cause the baby serious and sometimes deadly health problems. Other women’s health common STD/STI tests are vaginal tests for either Bacterial Vaginosis or vaginal candidiasis. For women, the simplest way to know what is their itchy symptoms is to take a vaginal package that tests for Syphilis, Bacterial Vaginosis, vaginal yeast infections.