How much does a DNA test cost? 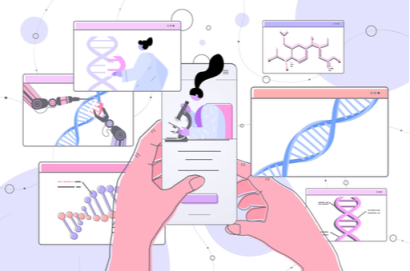 A DNA test is a wide name for genetic testing, which involves examining your body database and instructions protocol for your body's functions. Asking how much does a DNA test cost? Or if, you are wondering about your genetic test accuracy, it is a great start as not all DNA tests are equal. DNA profiling is the process where a specific DNA pattern is obtained from a person’s bodily fluid or tissue to determine its characteristics. Even though we are all unique, most of our DNA is almost identical to other people's DNA. However, specific regions vary highly between people. If you ordered a DNA test for ethnicity, it would check completely different elements in your DNA in comparison to DNA tests that reveal changes (mutations) in your genes that may cause illness or DNA test for paternity check. Like many other online lab tests, the details are important and the cost of DNA testing varies accordingly.

How are DNA tests performed?
The three main collecting methods for at-home DNA tests are mouth swabs, salvia, and blood. For the mouth swab, you would need to rub a brush or a swab gently inside the mouth against the cheek for 15 seconds. The collection is safe and painless and can be performed at any age. For saliva-based tests, you would need to spit into a tube and mail it back to the lab. For some DNA tests, like a gender-reveal DNA test, the mother would need to collect her blood. Samples for forensic DNA tests can also be collected from hair, skin, semen, and any other bodily fluid. Newborn screening tests are done on a small blood sample taken by pricking the baby's heel.

At the lab, your DNA is usually extracted from one of two primary sources: cheek cells or white blood cells. Cheek cell samples may carry contamination of DNA from viruses, bacteria, or other environmental elements. Therefore, for certain DNA tests, blood is the preferred source of DNA samples.

There are five main genetic and genomic testing:

DNA test for ethnicity
DNA testing for ethnicity became popular in the past decade with the rise of 23andme. An NDA test for ethnicity also called an ancestry test, is used in genetic genealogy (the study of families, family history, and the tracing of their lineages). These tests look at specific locations of a person's genome to find or verify ancestral genealogical relationships or (with lower reliability) to estimate the ethnic mixture of an individual. Three main genealogical DNA tests are available. Each looks at a different part of the genome and is useful for different types of genealogical research: autosomal (atDNA), mitochondrial (mtDNA), and Y-DNA. Autosomal tests may result in many DNA matches to both males and females who have also been tested with the same service. Each match will typically show an estimated degree of close family match, 1st-2nd cousins, 3rd-4th cousins, etc. The furthest degree of the relationship is usually the "6th-cousin or further" level. The mtDNA and Y-DNA tests are used to identify your ancestors' archeological cultures and migration paths along a strict mother's line (mtDNA) or a strict father's line (Y-DNA). Both mtDNA and Y-DNA tests are much more objective. However, they give considerably fewer DNA matches.

Traits DNA test
A trait is a specific characteristic of an individual. For example, your hair color or your blood type. A trait is a manifestation of a gene product (a protein) that is coded for by the DNA. A trait is also determined by the interaction of your genes with the environment. The genetic contribution to a trait is called the genotype. The word phenotype is sometimes used interchangeably with the word trait. Your phenotype may also define a whole compendium of many traits together. So, a traits DNA test looks at specific locations (locus) of your genome (the complete set of your genetic instructions) to find your genotypes for certain genes.

A Genotype is also used to refer to the pair of alleles present at a single locus, or in other words, the alternative forms of a gene that are found at the same place on a chromosome. If there are 2 forms, “a” and “A,” it means three different combinations, e.g., “aa”, “Aa”, and “AA” A traits DNA test picks a certain gene of interest that can determine physical characteristics and tell you what your genotype of those characteristics is. Each company has a different set of traits they are looking at and reporting. Some traits are simple and depend on one or few genes, while others are more complex can have many possibilities and therefore are more heavily dependent also on the environment your genes are acting in. For example, if your fitness trait shows you have the potential to be an athlete, it still does not mean you are, as your diet, exercise, and lifestyle affect that potential.

Health or medical genetic testing
Health or Medical Genetic Testing is designed to answer the risk for certain health conditions, illnesses, or diseases. These tests help to:

Many genetic conditions are multifactorial inheritance disorders and are caused by a combination of environmental factors and mutations in multiple genes. Like in traits having mutations in these genes are not necessarily mean you would have, but it indicates your risk of developing it in the future.

One of the well-known DNA tests is the BRCA1/BRCA2 genes test. BRCA1 (BReast CAncer gene 1) and BRCA2 (BReast CAncer gene 2) are genes that produce proteins that help repair damaged DNA. Everyone has two copies of each of these genes—one copy inherited from each parent. BRCA1 and BRCA2 are sometimes called tumor suppressor genes because cancer can develop when they have certain changes, called harmful (or pathogenic) variants (or mutations). The are many variants (different genotypes) in these genes, and most of the BRCA1/BRCA2 home testing is checking only a limited number of these variants. It means that you may get negative results but still carry a risky mutation for cancer. You can learn more about genetic testing for inherited cancer susceptibility at the National Cancer Institute (NCI) website. The cost for BRCA tests is between $250 to $999.

Other multifactorial genetic risk inheritance disorders are heart diseases, high blood pressure, Alzheimer’s disease, arthritis, diabetes, cancers, and obesity.
Cancer mutations that direct treatment plans are normally not available to be purchased online and therefore are not covered by this post. Read more about cancer treatment options listed by gene mutation, type of cancer, and type of treatment here.

Whole-genome sequencing determines the entirety of your DNA sequence at the type of your sample collection and is the ultimate way to check your genetic health. Unlike Whole-exome sequencing which looks only at your proteins, whole-genome sequencing can find genetic variations also in regions that are not coding for proteins but are used for regulation and control of the genome function. Nebula Genomics offers an Ultra Deep Whole Genome Sequencing. This test is the most advanced direct access DNA test on the market that decodes your entire genome with ultra-high accuracy enabling the most comprehensive and accurate reports at a cost of only $999.

Examples of genetic disorders which are based on mutations in a single gene and have directly related symptoms are cystic fibrosis (the mucus, sweat, and digestive juices become thick and sticky with symptoms of cough, repeated lung infections, inability to gain weight, and fatty stools), alpha- and beta-thalassemia (a blood disorder that affects the amount of hemoglobin in the red blood cells), and sickle cell anemia.

A chromosome is a threadlike structure of nucleic acids and proteins found in the nucleus of most living cells and carries the genetic information in the form of genes. Some disorders are caused by chromosomal abnormalities (e.g., having 45 or 47 chromosomes instead of the normal 46). For example, Down syndrome is caused by three copies of chromosome 21 instead of the normal 2 (one from the mother and one from the father). Other genetic disorders with symptoms are based on mitochondrial genetic inheritance disorders. Myoclonic epilepsy and Leber syndrome, which cause eye disease, are examples of mitochondrial genetic disorders.

Paternity, sibling, and family genetic testing
A Paternity DNA Test can determine whether the tested man is the biological father of the child in question. This DNA is a unique genetic fingerprint that comprises every person’s gene and chromosome. Both parents pass on half of his and their DNA to the baby. By analyzing a small sample of DNA from everyone involved, a DNA paternity test can confirm or disprove that the man in question is indeed the biological father of a child. If you want answers about paternity fast and don’t have a need for legal testing (such as custody, insurance, or child support), then At Home Paternity DNA Test makes sense. Similarly, a sibling DNA test can determine whether siblings are full siblings, half-siblings, or not genetically related. Legal Family (parental, sibling, avuncular, grandparent, deceased persons) DNA tests can be purchased online but require an in-person visit to the relevant legal office.

Forensic DNA tests
Our genetic code is made up of many repeated sequences; the Short Tandem Repeats (STRs) are beneficial for identifying human beings. Although we inherit one copy of an STR from each parent, they don’t have to match up in terms of how many times they repeat, which makes the STRs very personalized to an individual. STRs can be used to identify victims, a perpetrator, and missing persons. Y-STR is only found on the Y Chromosome in males. They are very useful when it comes to investigating sexual assault evidence. Some labs offer forensic DNA testing online.

Conclusion
Genetic testing is a type of lab test that identifies changes in your genes or chromosomes. The results of a genetic test can confirm or rule out a suspected genetic condition or help determine a person’s chance of developing or passing on a genetic disorder. Genetic testing can also be used to learn about your ethnicity, origin, and family lineage. Another popular reason to have genetic testing is to learn about your trains, gender-reveal during pregnancy, paternity tests, or forensic tests. How much does a DNA test cost, varies; but it decreased dramatically in recent years and can be ranged from $59 for the basic ancestry test to only $999 for whole-genome-sequencing.

How much does a whole-genome-sequencing cost?