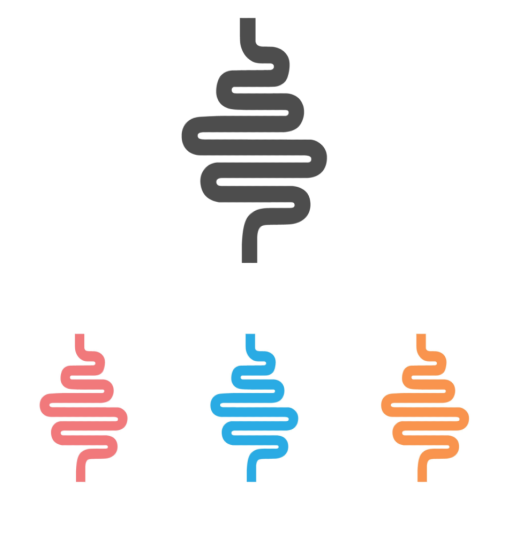 Irritable bowel syndrome (IBS) and inflammatory bowel disease (IBD) may sound the same and even share some symptoms, but these are completely different conditions. IBD is an autoimmune disease that causes swelling and sores in the gastrointestinal tract, while IBS is a health issue found in your intestines. It causes persistent abdominal pain, cramping, gas, bloating, and change in stool - some combination of chronic diarrhea and constipation. Sounds similar? Both share some symptoms, but testing for IBS and testing for IBD are different and treatment for each illness is different as well.

Symptoms of IBD, like symptoms of IBS, include diarrhea and abdominal pain; however, in addition to these, IBD symptoms also include rectal bleeding, joint pain, eye irritation, and rashes. There are also more specific symptoms that help to guide the diagnosis process. In Crohn’s disease, there are more cases of cramps/belly pain (often in the lower right side), Diarrhea, Weight loss, Bleeding, Skin rash, Arthritis (painful, swollen joints), and Fatigue, while ulcerative colitis is more likely to have also fever, reduced appetite and Red, swollen eyes. Testing for IBD includes stool tests, blood tests, and invasive endoscopic procedures like colonoscopy. Testing for IBS is mainly based on clinical criteria and blood tests.

IBD causes your immune system to think that food in your intestine is not supposed to be there and attacks the cells of your bowels, causing inflammation and ulcerations. There are two main types of inflammatory bowel diseases (IBD): Crohn’s disease and ulcerative colitis. Diagnosis and treatment for IBD are important as the untreated disease can cause abdominal surgeries and cancers. There are three types of IBS: diarrhea-predominant (IBS-D), constipation-predominant (IBS-C), and mixed-type (IBS-M), having both diarrhea and constipation). IBS does not cause lasting harm to the bowels and does not lead to cancer; however, it can severely impair you physically and emotionally.

Testing for IBS vs. testing for IBD
Although it sounds obvious, IBD tests are designed to identify IBD, while IBS tests were designed to be specific for IBS. However, many times, people mix up these tests, assuming that if your IBD test came negative and you have symptoms, you probably have IBS and vice versa. This is not always correct as other gastroenterology diseases like celiac disease, leaky gut, and others need to be ruled in or ruled out.

Blood tests for IBD
Blood tests for IBD normally start with Complete Blood Count (CBC) to check the elevation of white blood cells, potential anemia due to bleeding, and increased platelet counts, which are typical for IBD patients. Then, other nonspecific inflammatory tests like C-reactive protein (CRP) or erythrocyte sedimentation rate, also called Sed Rate, and ESR test which can also indicate acute inflammation, which is typical for IBD.

Following these general inflammation tests, more specific serologic markers for IBD are used. Anti-Saccharomyces cerevisiae antibodies (ASCA) and perinuclear antineutrophil cytoplasmic antibodies (pANCAs) have been associated with IBD. gASCA was found to be more associated with Crohn’s disease, while pANCA was found to be more associated with ulcerative colitis.  Adding anti-laminaribioside carbohydrate antibodies (ALCA) IgG, anti-mannobioside carbohydrate antibodies (AMCA) IgG, and anti-chitobioside carbohydrate antibodies (ACCA) (IgA) as testing for Crohn’s disease increased the specificity to Crohn’s disease and can differentiate it from ulcerative colitis and non-IBD gastroenterology idleness and it is a recognized as a risk factor for Crohn’s disease progression. The IBDX® panel combines all of these serological markers, called the Comprehensive Inflammatory Bowel Disease (IBD) Panel, and is offered online at a price of $386. IBDX® is the most reliable and cost-effective serological biomarkers panel for the aid in the differential diagnosis of IBD vs. non-IBD and for CD vs. UC, as well as for predicting the probability of Crohn's Disease progression. It was studied on over 7,500 patient samples worldwide.

Stool tests for IBD
Fecal calprotectin, a calcium-binding protein, is a useful stool test to screen for intestinal inflammation associated with IBD disease activity (e.g., at initial presentation or relapse). It is not specific to either Crohn’s disease or ulcerative colitis but can differentiate IBD from IBS if the test is performed during a flare and active inflammation.  Fecal calprotectin test is available online by some providers either alone or as part of a gut health panel.
Fecal lactoferrin, an iron-binding protein, is another useful marker of intestinal inflammation in IBD. However, more evidence is available for the fecal calprotectin test and fecal lactoferrin is not available for online purchase.

Other testing for IBD
In addition to the tests used for diagnosis, some specific tests are recommended before treatment initiation. The American Gastroenterological Association (AGA) recommends either phenotype or genotype testing in adults beginning thiopurine therapy.  TPMT and NUDT15 gene variants (detected by genotype testing), as well as reduced TPMT enzyme activity (determined by phenotype testing), are associated with a greater risk of myelosuppression in response to treatment with thiopurines due to accumulation of active thiopurines. Testing for antibodies to JC virus is recommended in patients with CD; natalizumab (type of monoclonal antibody) should be used for CD treatment only in patients negative for anti-JC virus antibodies. Before treatment with monoclonal antibodies such as antitumor necrosis factor (anti-TNF) agents, the American College of Gastroenterology (ACG) recommends testing for inactive opportunistic infections such as tuberculosis.

Testing for IBS
Food poisoning is the leading known cause of IBS, accounting for at least 60% of all diarrheal IBS cases. The path from food poisoning to IBS has to do with a toxin called Cytolethal Distending Toxin B, or CdtB. The most common bacteria that cause food poisonings like Shigella, Campylobacter, Salmonella, and E. coli, release the toxin CdtB into your body.

When a toxin like CdtB enters your body, your immune system fights back with an antibody - in this case, your body creates anti-CdtB antibodies. As CdtB is similar to vinculin, a naturally occurring protein in your body that is critical to healthy gut function, exposure to CdtB may cause your immune system to generate antibodies to vinculin as well. A panel of anti-CdtB and anti-vinculin was found to be specific for about 70% of IBS-D and IBS-M cases. Other than clinical assessment and ruling out IBD, this is the only test that is available at this time that is specific to IBS. Few labs offer the anti- CdtB and anti-vinculin panel IBS-Smart® and IBSCheck®, both would require a prescription.

Conclusion
While irritable bowel syndrome (IBS) and inflammatory bowel disease (IBD) share some symptoms, they are completely different illnesses and testing for IBS vs. testing for IBD are based on different types of tests. Only a few specific stool and blood testing for IBD and IBS is available and some of them can be purchased online. IBS is an inconvenient illness, but untreated IBD can cause severe medical complications. It is important to differentiate and treat these conditions early as it can prevent progression and complications.

How Do You Diagnose Irritable Bowel Syndrome (IBS)?