How to spot Anemia at home? 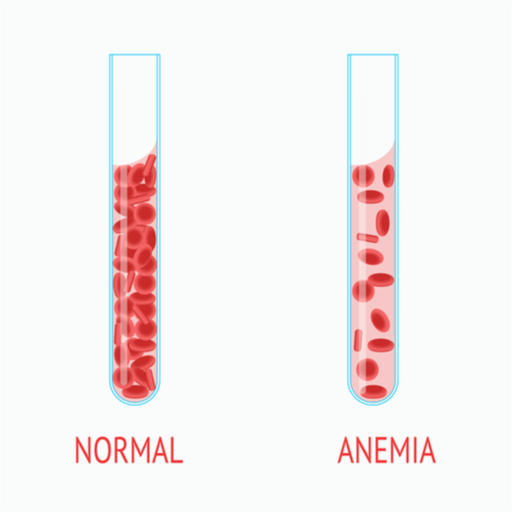 Anemia is a condition in which you lack enough healthy red blood cells to carry adequate oxygen to your body's tissues. Having anemia can make you feel tired and weak, have headaches and brain fog, cold hands and feet, and even shortness of breath. Almost 6% of the U.S. population is affected by anemia. Women, young children, and people with long-term diseases are more likely to have anemia. There are hundred’s types of anemia that can be divided into three main causes:

Often, the first test used to detect anemia is a complete blood count (CBC). The CBC measures many parts of your blood, including your hemoglobin and hematocrit levels. Hemoglobin is an iron-rich protein in your red blood cells that carries oxygen in your body. Do you know how to spot anemia at home?

Losing red blood cells can happen through bleeding, which can be caused by a trauma or post-surgery or women with a heavy period (called heavy menstruation). But bleeding can also happen slowly due to Gastrointestinal conditions such as ulcers, hemorrhoids, inflammation of your stomach (gastritis), and cancer. If you start feeling anemic and have its symptoms, it is important to check if you have slow bleeding. Non-steroidal anti-inflammatory drugs (NSAIDs) such as aspirin or ibuprofen can cause ulcers and gastritis. To find more on cancer screening tests, you can read our previous post.

In Anemia caused by decreased or faulty red blood cell production, it is important to check by your doctor or at home the level of Ferritin and iron. Ferritin is a protein in your blood that contains iron and is a good indicator of how much iron is stored within your body—about ¼ of your total iron in your body is stored by Ferritin. If your Ferritin is low, you might have Iron-deficiency anemia. Other tests for Iron-deficiency anemia are Transferrin and TIBC tests. Transferrin is a protein that moves iron throughout the body, and TIBC (Total iron-binding capacity) measures how well iron attaches to transferrin and other proteins in your blood. Another type of anemia caused by decreased or faulty red blood cell production is called Vitamin-deficiency anemia. In this type of anemia, certain vitamins, mainly Vitamin B9 (folate/folic acid) and Vitamin B12 (cobalamin), are missing in your body and probably in your diet. B12 and Folate home lab testing is a great way to spot Vitamin-deficiency anemia.

Bone marrow and stem cell problems may also prevent your body from producing enough red blood cells. This can be due to your genes, as seen in Thalassemia and Sickle Cell Anemia. Thalassemia is a genetic problem with hemoglobin formation (4 chains aren't correctly formed) and generates very small red blood cells- It’s a genetic disorder that usually affects people of Mediterranean, African, Middle Eastern, and Southeast Asian descent. Sickle cell anemia is a disorder that, in the U.S., affects mainly African Americans and Hispanic Americans and causes the blood cells, which are usually round, to become crescent-shaped. Another reason can be because your bone marrow has been injured by medications, radiation, chemotherapy, or infection or by multiple myeloma or leukemia. If your iron deficiency and vitamin deficiency home testing are fine, consult with your doctor. Sometimes Lead poisoning can cause anemia as well. Lead is toxic to your bone marrow, causing you to have fewer red blood cells. A lead toxicology test can eliminate that possibility.

Finally, anemia caused by the destruction of red blood cells, or hemolytic anemia, is when your red blood cells are fragile and burst while traveling in your body. This can happen in an autoimmune diseases like Lupus, other genetic disorders, spleen problems or toxins from liver and kidney diseases. Again, if you found by a CBC test that you have severe anemia, eliminated all possible bleeding conditions, tested the common iron deficiency, vitamin-deficiency, ask your doctor to check the other many reasons for anemia—do not ignore it.